She traveled by covered wagon with her parents, John M. Stark and Marie Deroussel, to Branch, Louisiana and later, in 1910,  to Lecompte, Louisiana. She often spoke of the panthers screaming in the woods there, she said "they screamed just like a women." 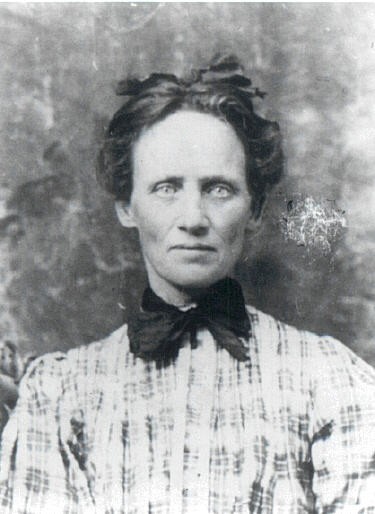 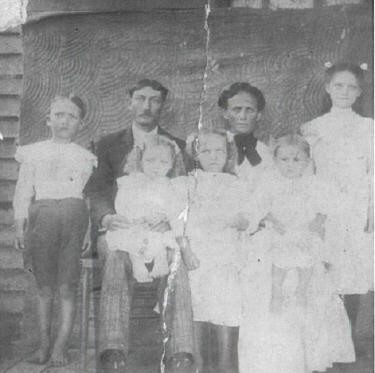 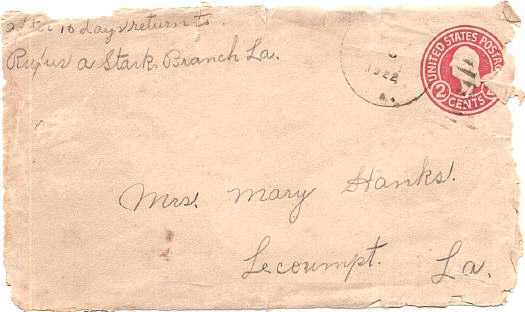 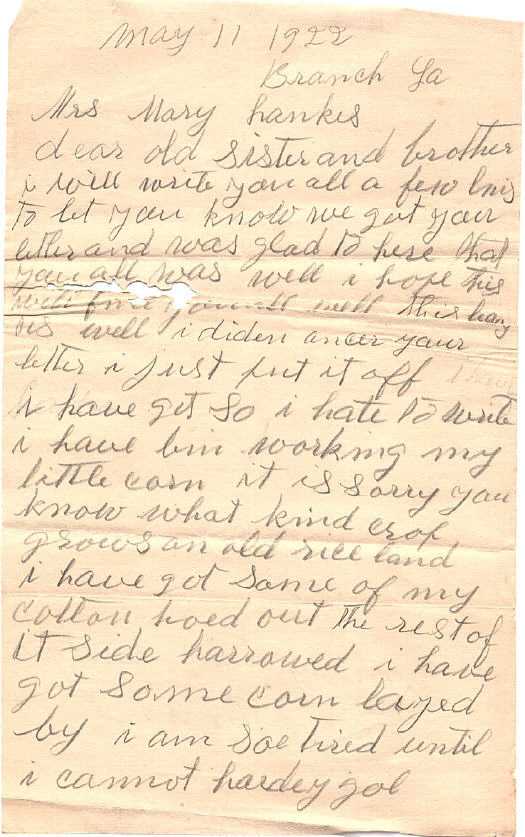 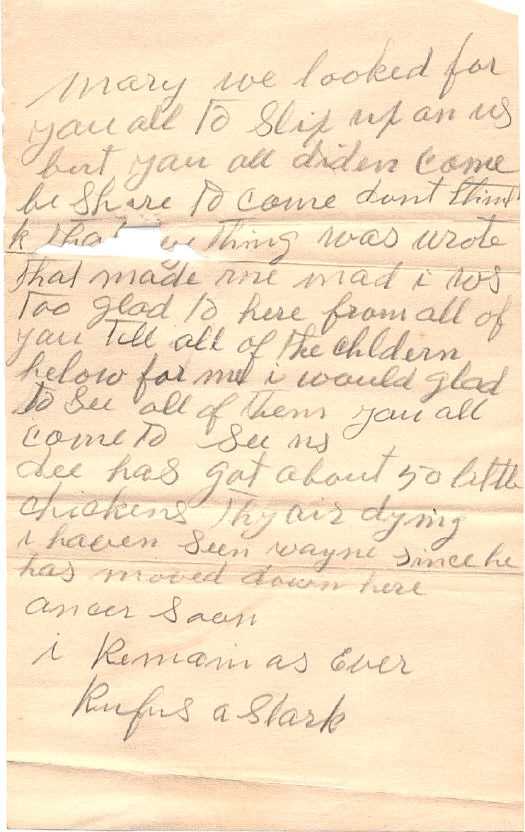